Ferguson Enterprises consistently achieves a high level of success as a corporation through the dedication of its employees. Ferguson’s Executive leadership clearly guides and directs associates to ensure the continued advancement of the company.   Discover where Ferguson Executives came from, their history with the company and how they are driving excellence for Ferguson Enterprises today. 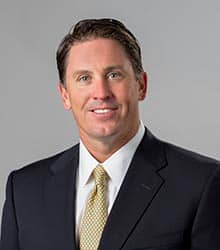 Kevin Murphy was appointed CEO in August 2017, and in 2019 he assumed the CEO role for Ferguson plc. Murphy joined Ferguson in 1999 as an operations manager through the acquisition of his family's business, Midwest Pipe and Supply. Following two years in the operations role, Murphy was promoted to general manager of Ferguson's Waterworks location in Columbus, Ohio. He then became an area manager for the Northeast Waterworks region. In 2005, he was again promoted to business group manager for Waterworks and then was named vice president of Ferguson's Waterworks operation in 2006. Kevin was promoted to COO in 2007 and continued in this role until he was appointed CEO in 2017.

Originally from Columbus, Ohio, Murphy is a 1992 graduate of Miami University in Oxford, OH. 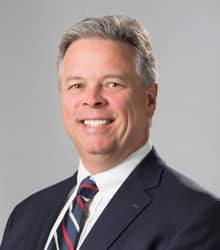 Alex Hutcherson was appointed COO in August 2017. He is responsible for the national execution of Ferguson’s strategy. Hutcherson joined Ferguson in 1988 as a Trainee in Cocoa Beach, FL. He has held numerous positions within the organization for more than 29 years including Branch Manager, General Manager and Area Manager. In 2012, Hutcherson was promoted to Vice President of HVAC and took on the Senior Vice President of HVAC role in 2016. A native of Lynchburg, VA, Hutcherson is a graduate of Old Dominion University.

Bill Brundage was appointed CFO in March 2017. As CFO, he works closely with the other members of the executive team to support the company's strategic direction. Mr. Brundage has direct responsibility for Finance, Acquisitions, Tax, Financial Services and Field Finance. Brundage joined Ferguson in 2003 as manager of finance and was promoted to corporate controller two years later.  In 2008, he was promoted to vice president of finance, a position he held until his promotion to senior vice president of finance in 2016. Previously, Brundage worked for PricewaterhouseCoopers as a senior associate.  A native of Richmond, Virginia, Brundage is a graduate of the University of Virginia and is a certified public accountant.