You might already be aware that the U.S. Department of Energy announced updated regulations in 2014 regarding the SEER heating and cooling unit energy efficiency standards, but you might not know specifically how these changes could impact you depending on your location. Learn about SEER and the updated energy efficiency regulations and discover how they will affect your next residential heating and cooling unit purchase.

SEER, or the Seasonal Energy Efficiency Ratio, is essentially the grade a heating or cooling unit is given based on its energy performance during an average season. To determine a unit’s SEER, divide its cooling rate in British Thermal Units (BTUs) by the energy it consumes in watt hours. If a unit has a high SEER, it is a more energy efficient unit.

Prior to the regulations that went into effect on January 1, 2015, residential heating and cooling units had to have a minimum of a 13 SEER rating. Today, the majority of units must have a minimum of a 14 SEER rating, but this may vary depending on your location. In northern regions of the United States, 13 SEER cooling units can still be used. The only exception to this pertains to split-system heat pumps. The regulations for these units updated from a required 13 SEER and 7.7 Heating Seasonal Performance Factors (HSPF) to the new 14 SEER and 8.2 HSPF standard. This applies to all split-system heat pumps in every location across the United States.

The Federal Trade Commision labels used to indicate a unit’s energy efficiency, known as the EnergyGuide label or “hang tag,” have also changed to reflect the new energy efficiency standards. The component parts of split-system air conditioners and heat pumps are now labeled to show the range of SEER ratings from highest to lowest. This allows you to have a better understanding of the unit’s overall performance.

Fortunately, there is an 18-month grace period for HVAC wholesalers and distributors to sell their remaining inventory of heating and cooling units after the January 1, 2015 date of when the new regulation went into effect. Virtually all HVAC manufacturers in the United States switched over production to 14 SEER heating and cooling units, so the availability of HVAC units that meet the new regulations is not a challenge. 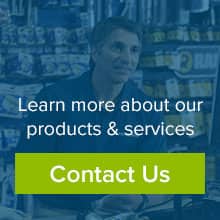