How to Use Order Approval

The Order Approval feature allows account Administrators to designate specific users as Approvers and Purchasers on behalf of a company. This ensures that orders placed on ferguson.com are approved prior to being submitted to Ferguson. It also allows the company to keep track of what is being ordered by their Purchasers and ensures products on their online orders meet job specifications. 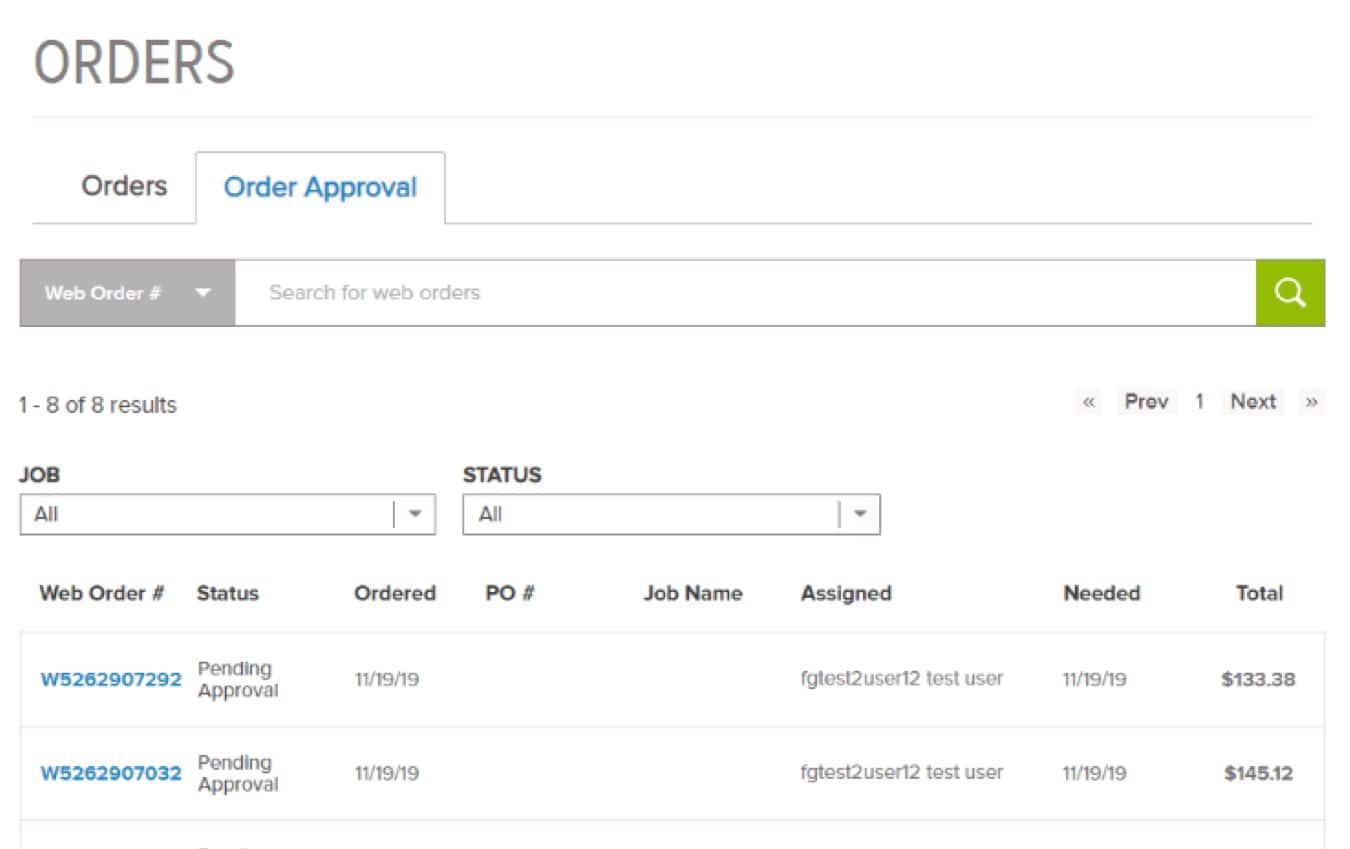 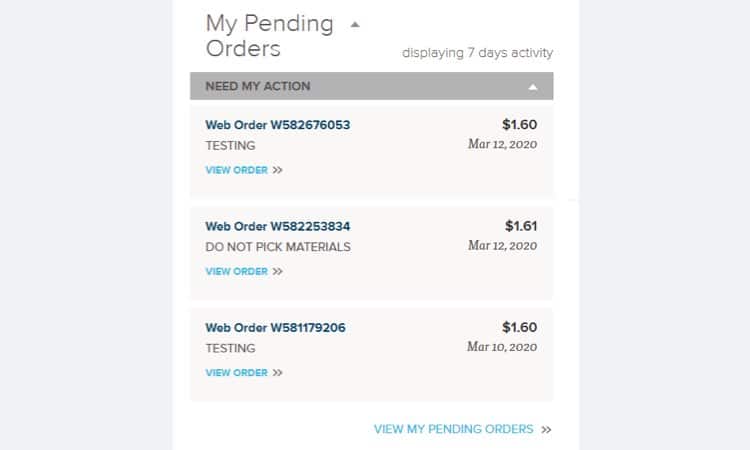 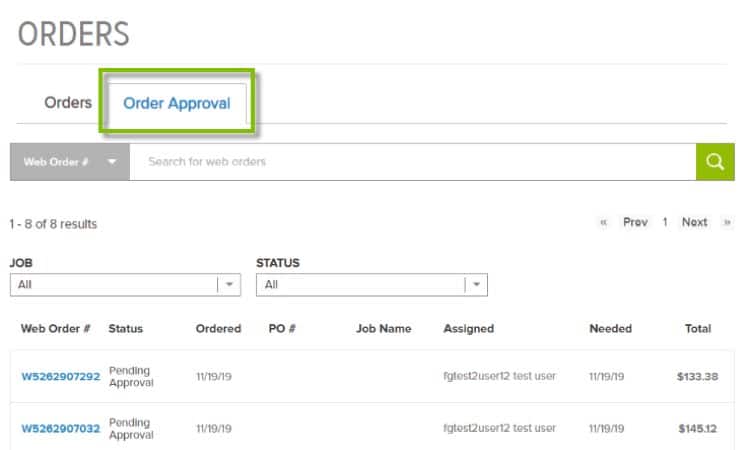 Purchasers and Approvers can view order approvals from the Order Approval tab on the Orders page.

When a Purchaser submits an order for approval, the Approver receives a notification in Message Center as well as via email. The Approver can click on the notification to be taken directly to the order requiring approval.

If the employee is set up as an Approver, he/she will receive a notification in the Message Center and via email when an order is submitted for approval.

If the employee is set up as the Purchaser, he/she will receive the following notifications in Message Center and via email:

Setting up an Approver

There are two roles within Order Approval:

Setting up an Approver for a Purchaser

Only an Administrator can set up an Approver for a specific Purchaser in your company. Once set up, the Approver must approve all orders for the Purchaser. It is important that the Approver is given the same access to any job accounts as the Purchaser to avoid any delay in approvals.

Setting up a New Employee

To set up an Approver for a new employee, click “Add Employee” under Company Settings. After entering the employee’s information, check the “This person requires approvers” box. You can then select an Approver’s name from a drop-down of current users in your company to designate as the Primary Approver and/or Secondary Approver. The setup process then resumes as normal.

Setting up an Existing Employee

To set up an Approver for an existing employee, you must edit the employee’s details under Company Settings. After selecting the desired associate to edit, check the “This person requires approvers” box. You can then select an Approver’s name from a drop-down of current users in your company to designate as the Primary Approver and/or Secondary Approver. Please note that only the Primary Approver needs to be entered.

When an Approver gets deleted from Company Settings

An Approver can update the following items on an order requiring approval without having to send the order back to the Purchaser (reject order): 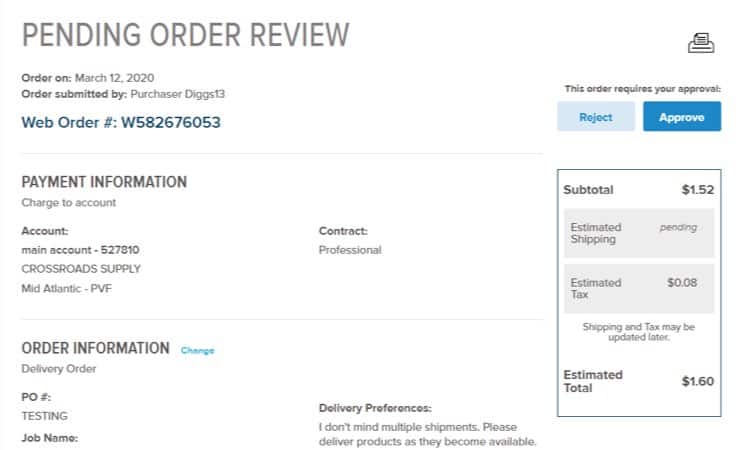 A Purchaser can do the following:

Once an order is approved by the Approver, the Purchaser receives a notification that the order has been approved. The order then moves from the Order Approval tab to the Orders tab in Orders when it is submitted. 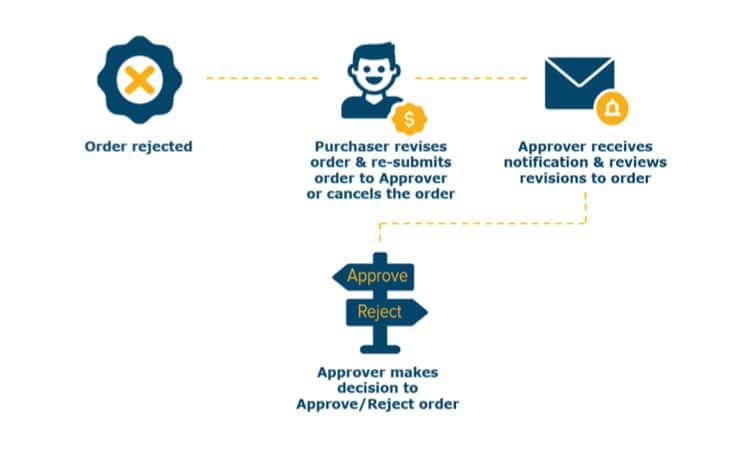 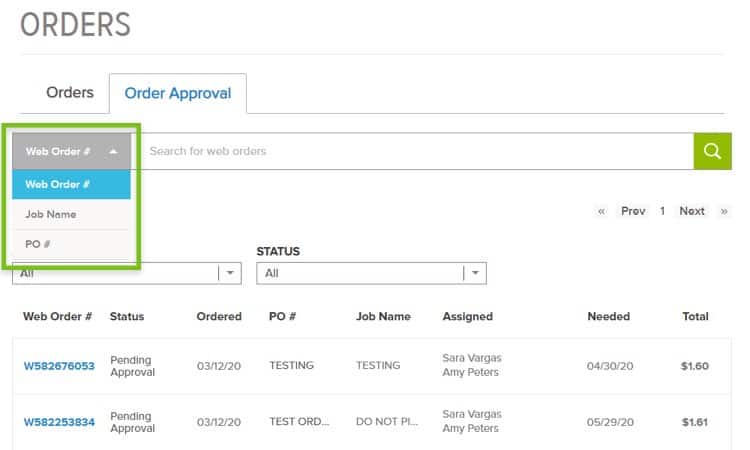 Click the drop-down menu to the left of the search box to select the order information to search by. Options include: 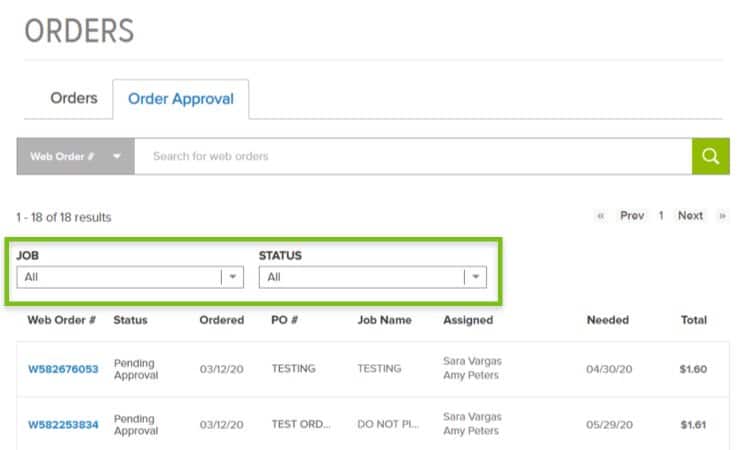 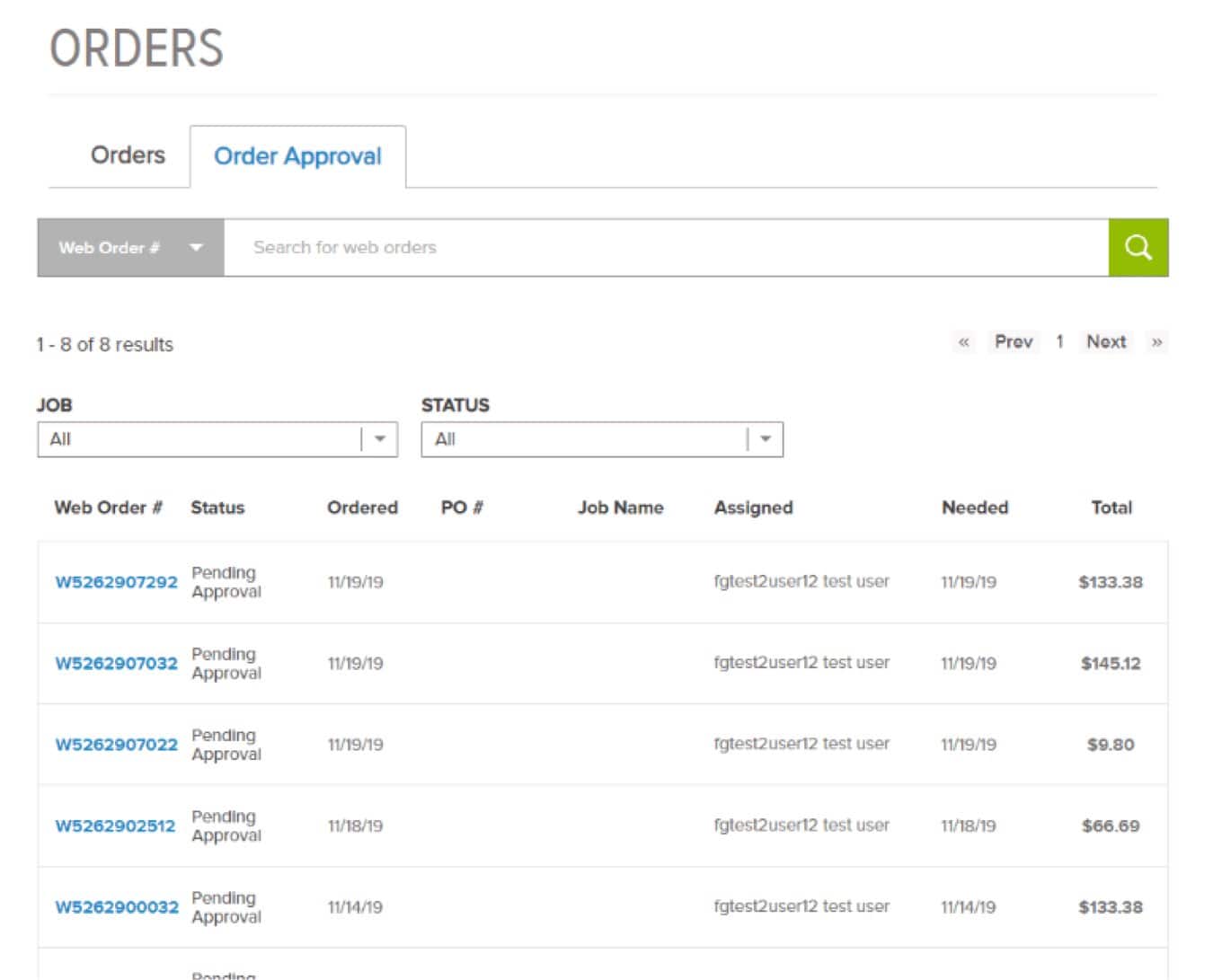